How is Series Two different from Series One?

Even long-time fans don’t know that we’ve got an entire second series of Signing Time DVDs – it’s really our best-kept secret. But we want to change that – starting with our buy 3, get 1 free sale December 7-10. Series Two videos are often overlooked, but they are some of the BEST of our entire product line. They are full of more original music and fun that you’ve come to expect from Series One, but they differ in a few key ways: 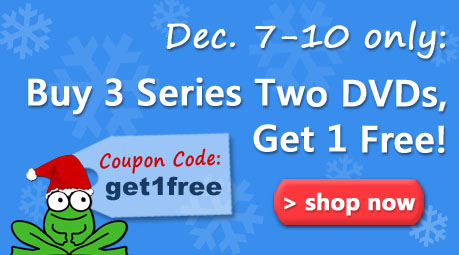 Nice to Meet You
Happy Birthday To You
Move and Groove
My Favorite Season
Going Outside
Days of the Week
My Favorite Sport
My House
My Things
Helping Out Around the House
Once Upon a Time
Box of Crayons
Who Has the Frog?

How is Rachel and the Treeschoolers different than Signing Time?

Teachers team up with DonorsChoose.org to make a difference – with Signing Time!

Behind the Scenes: Meet our latest model and his mom, Kelly!