Behind the Scenes of Rachel & the TreeSchoolers Episode 4

by LeeAnn February 15, 2014
Rachel and the TreeSchoolers, Signing Resources 0

Thanks to the pledges of nearly 2,400 individuals, “Rachel & The TreeSchoolers” Episodes 2, 3, 4, 5 & 6 were successfully funded through our Kickstarter campaign last August.

Rachel and our crew just wrapped up the filming of Rachel & The TreeSchoolers Episode 4 – “My Amazing Body”.

We were visited on set by a family of ten who chose the “Your Child in Our Show” + “VIP On-set Experience with Rachel” Reward.The whole family enjoyed lunch with the crew. After lunch, they had front row seats as Rachel filmed a number of musical sequences. Next, they went to hair, makeup and wardrobe, and the eight siblings “made waves” in a surfing scene!

What if YOUR child could be in an episode of Rachel & The TreeSchoolers and experience being on-set with Rachel?

Be sure to follow us on Facebook to see photos, get real time production updates and learn about future Kickstarter campaigns. 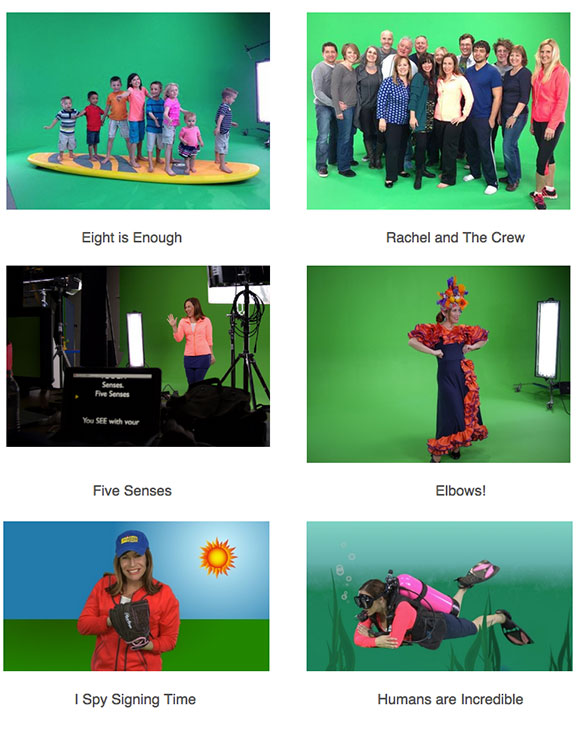